Before I get started, here are some quick links:

Here is my story and how I ended up on a lonely island in the Atlantic Ocean. You can find the short version / an introduction of who I am in my first posts.

I was born in 1993 in Munich, Bavaria, Germany and was raised in a suburb of Munich. My life was pretty normal I would say. Some family stuff, yes, sure, and I hated school, but other than that I had a good and average childhood.

After graduation I was unsure what to do. I thought about becoming an astronomer, but I was horrible at math and for biology my grades were not good enough. Besides, I always knew that I wanted to be a storyteller – growing up I loved writing stories and letters, reading books, listening to peoples tales and adventures and learning about different traditions, cultures and lifestyles. So I decided to go into media, becoming a fierce journalist making incredible documentaries.

I worked hard for this dream but when I got an internship at a big TV company in Munich, I realized that this was not what I wanted to do. I was good at the job and I enjoyed some aspects of it, but overall the focus on quotes and numbers instead of quality, empathy and authenticity turned me off.

So I ended up studying cultural anthropology and something that is easiest summarized as “diverse history and archaeology” at the Ludwig-Maximilians-University Munich. Simultaneously to university I worked part-time in multiple customer service jobs and made internships in different industries, trying to find my place. I also started blogging and creating video content, hosted a podcast, became obsessed with reading and wrote four entire novels in those few years. I am pretty proud of this time in my life.

When my graduation finally came around in 2017, I still didn’t know what to do. I wasn’t a successful influencer that made money with her online content and I also wasn’t able to get a publishing contract for my books like I hoped I would. I applied for regular jobs, with a heavy heart, knowing that I still wanted more from life than money and an office job. But „living your dream“ is so much easier said than done. Where do you even start?
But as my applications went well and I had two jobs to choose from, my intuition told me to reach for the stars instead.

So, one life-changing afternoon I googled the most utopian thing I could think of: „Job on the Azores“. I had visited the biggest island of the portuguese archipelago, São Miguel, a few years prior and fell in love with this isolated place full of nature and lovely people in the middle of the Atlantic Ocean, far away from any continent.
One result popped up. The page was hacked and hadn’t been updated in years, but my heartbeat instantly went faster. I wrote an e-mail. And within an hour, I got a reply. A few days later I cancelled on my german job offers to move to Pico Island – a place I had never been before – for an unpaid internship for seven months. Kinda stupid, right?

In March of 2018 I packed my bags, said goodbye to the house I had lived in my entire life and flew thousands of kilometers to Pico Island. Upon arrival, I was shocked. By the shabby houses, broken cars and my own homesickness. The first weeks or even months were absolutely horrible, I felt miserable and fell physically ill for a long time.
But once I prioritized my own mental health, things got better and finally, I fell in love with the place. I also travelled to almost all the other islands, each unique and beautiful in their own way and became a tour guide.
I grew as a person, truly growing into myself and leaving behind all my projects and plans from the previous years because they didn’t fit me anymore. By the end of the seven months I was a completely changed woman and didn’t want to leave the island.

After returning to Munich, life was a big mess and a lot of things happened. I longed to be back on the island archipelago, even visiting it twice throughout the year. I struggled a lot, had my heart broken severely and ended up making a drastic decision: I bought a One Way Ticket.
In September 2019 I said goodbye to my life in Germany and left with no plan, no job and only one suitcase and a bit of hard earned money. I didn’t even know where to live.
Luckily, I had made a very good friend on São Miguel and her family took me in for the first week. She also joined me for a few days when I moved to Pico and helped me settle down there. The first weeks after she left were really tough. Again. It didn’t help that I was alone and had nothing to do but a few freelance jobs. I felt a little lost, but at home nonetheless.

Then, the hurricane happened. Lourenço was the first hurricane to be recorded this far north and while the islands are used to strong storms, this one was different. My island ended up lucky, the damage was not too intense. But somehow, this was a turning point for me. After the hurricane, everything changed. I started to feel better, to make friends and go out to social events.

One of those events was a jam night full of music at „The Studio“. The place belongs to a lovely man and a dear friend of mine, who used to sail the world and is creating community on Pico Island. On this October night, I met someone. And without ever even thinking about it, we fell in love. But I had already booked my flights to Germany, planning on spending Christmas with my family and finding a job.

In January I returned to Pico Island and this wonderful human. I had – out of nowhere – gotten a job in Tourism Marketing that I was able to do from home. The plan was to go back and forth between Munich and Pico. This worked for the first three months, then life had different plans for me.

Due to Corona I got stuck on the island, living with someone I just started dating, without a single chance of returning to Germany and with a brand new job. While that situation had its challenges, I also absolutely loved it. Things turned out really well, we moved into a bigger apartment together and started farming a little garden to be more sustainable. I am currently writing a book about my story, working on novels and my new project, Azorean Stories in which I want to tell the stories of the island people.

Life was good. But it was about to change. I lost my job at the end of 2020. Thanks Corona. Well, I guess I had to pay a price for all the good that had happened. After a short period of despair, I realized that this was the opportunity I had been waiting for. So I finally gathered all the courage I had within me and became a freelance writer and author. I had been working as a freelancer as a side hustle already, but now it became serious. What an exciting, terrifying time.

Since then I have continued to garden and to educate myself on sustainability. I reactivated my YouTube channel and, most importantly, have become a writer. I published my debut book, The Anatomy of Waves, which is a poetry collection about healing, nature and the Azores (you can order it here) and offer my freelance services as a writer, translator and editor. I am doing what I love which is a struggle but one worth fighting through.

Not everything is perfect but damn, that is life. My path is still filled with gratitude and love anyway and every day. All thanks to a little island in the middle of nowhere. But, as this is all a journey, let’s see what happens next. 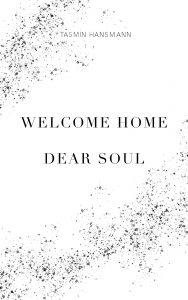 Check out my Skillshare Classes 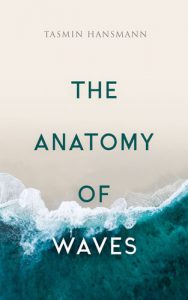 Hire me on Fiverr